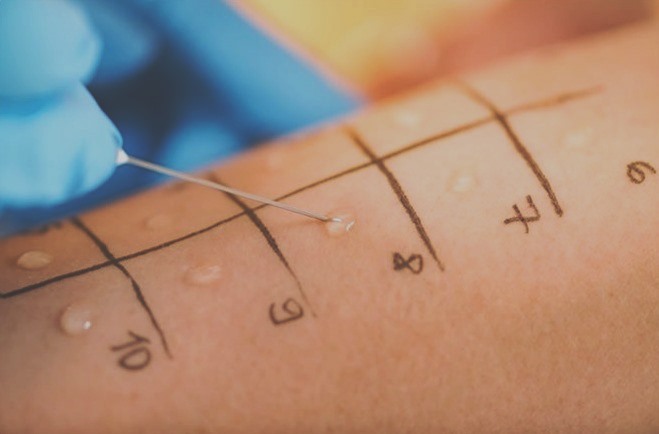 Allergy in the modern world is considered to be the most common disease. Most allergic diseases are chronic and require systematic treatment. Allergy is caused by an abnormal reaction of the immune system to certain factors.

A different substance in the surrounding environment may turn out to be a sensitizing allergen. The most common symptoms of allergies include seasonal hay fever, year-round rhinitis, asthma, and food allergies. Treatment of allergies is complex and must be multidirectional.

Allergy is distinguished from other diseases by the time and circumstances of its appearance because symptoms only occur when exposed to the allergen. When on a sunny day, without catching a cold, you experience symptoms such as sneezing, runny nose, burning conjunctiva, and lacrimation – then it is certainly an allergic reaction such as hay fever.

Food allergy most often manifests itself in redness and itching of the skin after eating certain foods. Other symptoms that indicate an allergic reaction are swelling of the skin, soreness, increased hives and abdominal pain, which may occur, for example, after an insect bite.

Determining the probable allergic factor based on history is confirmed by further allergy diagnostic tests, such as:

Various types of allergy testing are used to confirm allergies, but the most popular and effective are skin tests. They are carried out by introducing allergens at a very low concentration under the skin (prick tests) or applying them (plate tests). The result is very easy to interpret because if redness or a slight change appears at the point of contact of the substance with the skin, it is synonymous with an allergen to the allergen.

A blood IgE concentration test is also used. The collected blood is subjected to specialist laboratory tests. A high level of IgE, which exceeds the norm, speaks of an allergy.

In food allergy, the best way to find food allergic is to follow an elimination diet. A spirometry test is required to detect asthma. It consists of performing quantitative measurements of inhaled and exhaled air, both static and dynamic, taking into account the airflow speed in the respiratory tract.

Any substance in the human environment can be an allergen (an allergic reaction may be caused by inhaled, touched, swallowed, and injected substances). During the first contact with a given substance, the body does not show allergy symptoms. Only on subsequent exposure to the allergen, a pathological allergic reaction may occur.

The most common inhaled allergens are usually:

Allergens from a contaminated environment include metals such as nickel, chromium, zinc, cobalt and others, plant-derived gums and additives used in their production, latex, plastics, food additives, and many other chemical compounds. This group also includes medicines and cosmetics.

The significant increase in the incidence of allergies in recent years is related to civilization’s great progress because artificially produced, unnatural substances surround people. Some experts have hypothesized that excessive hygiene can also cause allergies.

When the body first comes into contact with a sensitizing substance, it begins to produce specific antibodies for that substance (called IgE antibodies) and is ready to produce a large number of immune immunoglobulins. Antibodies recognize a molecule in the body, for example, mold fragments in the air, as foreign and threatening the body. So they begin the process of destroying them.

With the help of various secreted proteins, the body wants to defend itself against such an “invasion.” Consequently, it causes inflammation of a given tissue, e.g., an erythematous-bubonic rash, edema of the mucosa, contraction of smooth muscles, e.g., in the bronchi. This is an abnormal and excessive reaction. Antibodies also take part in it, destroying the body’s cells to become allergic. So you need to get the allergy eye drops.

This reaction can lead to the destruction of some blood components and a decrease in their amount, most often caused by drugs or food. Sometimes the antibodies can form multiple complexes and circulate in the blood.

Subsequent contact with an allergic substance may cause a very violent and dangerous reaction of the body, i.e., anaphylactic shock. The most common symptoms are a rash that appears very quickly, erythema, reddening of the skin and blisters, rapid swelling, severe runny nose, and a feeling of a stuffy nose.

Currently, it is not possible to cure allergies completely and permanently. If there is a tendency for an allergic reaction, it usually remains for the rest of your life. Sometimes the body changes its reactivity, and the allergy symptoms disappear on their own. If the symptoms worsen, they are reduced by introducing pharmacological treatment and reducing or eliminating contact with allergens. You can start any treatment after a short skin allergy test.

Treatment is introduced to completely extinguish or control symptoms to allow the allergy sufferer to function normally. The patient must know as much as possible about his illness. This will avoid situations of unnecessary exposure to contact with the allergen, and if such a situation occurs, take appropriate measures.

The allergy treatment process is multidirectional and long-term. The most important step is the first step, which is proper recognition of the sensitizing substance and then consistently avoiding it.

In the case of food allergy or insect venom allergy, such a procedure is possible. In the case of allergy to pollen, prophylactic behavior is much more difficult.

Food allergy can also cause changes in the nervous system such as fatigue, excessive sleepiness, headaches, difficulty concentrating, and hyperactivity. Most often, however, this allergic disease affects young children. In babies, the main allergen is milk, as well as eggs and peanuts.

How to deal with pollen allergy?

Proper preparation for the pollen season is paramount. It is worth intensifying pharmacological treatment and increasing the number of visits to the doctor.

A good solution is a trip to the seaside or to the mountains when pollinating plants inside the country is approaching. The pollination of the same plants takes place at different times in different parts of our country. Thanks to the trips, you can avoid the pollen season in your place of residence.

An allergy sufferer should check the pollen calendar all the time and proceed in such a way as to avoid an allergy attack. For example, it is better to give up an afternoon trip to the forest in the spring and summer. This is when the pollen of plants begins to fall.

What is STD Testing – Causes, Symptoms and All About STD

Anemia Testing & Treatment – All You Need to Know About it