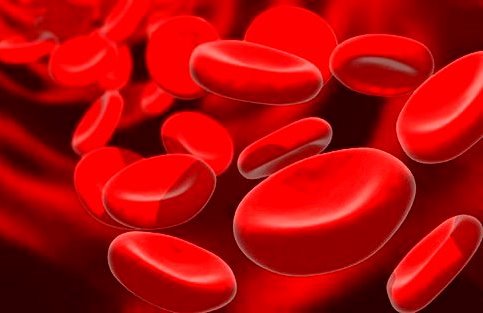 Anemia is caused by many factors. The disease is also hereditary, although its most common causative factor is a deficiency of iron, micronutrients, and vitamins in the diet. The presence of anemia can be a harbinger of other, more serious diseases, such as cancer or joint inflammation. To diagnose anemia, it is necessary to visit a hematologist and laboratory diagnostics. We will suggest how to deal with anemia in this study.

What is anemia and why does it arise?

Anemia, called anemia, is a blood disorder. The essence of this disease is the low level of hemoglobin, erythrocytes and hematocrit in the body. People of different age groups are struggle with it. Most cases are seen in children, the elderly and pregnant women. The disease has a different background each time. It can also be passed on in genes. For this reason, it is divided into several types, namely:

Anemia is a complicated disease because it can take many different forms. Mild and moderate degrees can be treated on an emergency basis, severe or life-threatening degrees require hospitalization and bone marrow transplantation.

Anemia is difficult to recognize due to the non-specificity of symptoms. The initial symptoms of the disease are quite often confused with fatigue or stress. The patient may complain of dizziness, palpitations and general weakness. Excessive fatigue is also noticeable, even after the slightest effort. In the advanced stage of the disease, it may lead to problems with concentration, disturbance of consciousness, and even loss of consciousness and, consequently, the patient’s death.

Anemia diagnosis is based on laboratory tests. In special cases, a bone marrow biopsy is necessary. An important element is finding the cause of the disorder and starting treatment as soon as possible. You need to use a CBC test for it.

The treatment of anemia is causal, therefore the correct diagnosis plays a huge role. For most patients, pharmacological therapy is sufficient. Bone marrow transplantation is considered for people with severe anemia. The initial stage of anemia can be dealt with by using vitamin and mineral supplements rich in:

Iron – is one of the components of hemoglobin, which is responsible for the transport of oxygen to all cells of the body. Its deficiency may result in hypoxia. The daily requirement for this element is nearly 18 milligrams. Despite consuming iron-rich foods, they may not be sufficient to cover these needs. Therefore, additional supplementation is necessary. Iron can be bought over the counter, but the iron dose is low and may be too low for people with advanced anemia. A doctor’s prescription is required for larger doses of iron.

Folic acid – it is important for everyone, not only for pregnant women. Its main role is to ensure the proper development of the nervous system, but not only. It plays an equally important role in the hematopoietic and cardiovascular systems as it is involved in the formation of red blood cells. This compound is freely available. In a small dose, you can buy it without a prescription. It is also a frequent component of vitamin preparations for pregnant women.

Vitamin B12 – plays an important role in shaping DNA and erythrocytes, and its deficiency may have serious consequences for health. It also has a great influence on the proper development of the brain, so it should not be missing in the daily diet.

Anemia therapy can also be supported with plant materials. The effect on the hematopoietic system has, for example, green barley, which is also effective for weight loss. Sometimes vitamin C is also used as supportive measures because it seals blood vessels and inhibits the harmful effects of free radicals.

People struggling with anemia should change their eating habits. The daily menu includes vegetables and fruits, especially spinach, citrus, and legumes, which are a source of folic acid. The necessary minerals are also found in tomatoes, broccoli, pickled cucumbers, and cabbage. Having anemia, we should give up carbonated drinks and highly processed products. These include fast food or ready-made and hermetically sealed meals. If, despite the change in habits, we do not notice an improvement in well-being, be sure to see a doctor. Anemia can be fatal if drug treatment is not started on time.

Allergy Testing – Causes, Symptoms, and How to Treat It