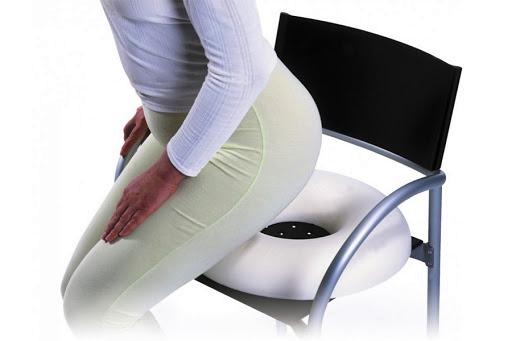 Hemorrhoids are a very embarrassing topic for many people. At the same time, one of the most common diseases of civilization is that every second person in society suffers from them. If you experience burning, itching, and pain around the anus, this is a sign that the hemorrhoids may have become inflamed. Stiff and bleeding lumps make life difficult, but they can be treated.

Still, the greatest risk of developing the disease is in the elderly (due to the reduced muscle tension in this area), pregnant women, obese patients, and people who have undergone surgery around the perineum.

The deterioration in the quality of connective tissue attaching the hemorrhoids to the substrate with age, and a decreased ratio of type I/III collagen, which reduces the elasticity of the plexus tissue hemorrhoidal.

The occurrence of hemorrhoids is favored by:

The symptoms of the hemorrhoidal disease are uncomfortable and bothersome. Often the first harbinger of the appearance of hemorrhoids is increasing itching and burning in the anus. Scratching usually damages the mucosa and skin. The bloody stool is another problem. Then there is a feeling of incomplete bowel movement. By increasing the pressure on the stool, patients lead to even greater blood retention in the veins, which leads to enlargement of the nodules.

The most common symptom of the disease is rectal bleeding and fresh blood in the stools. The bleeding may be slight – you will see blood on your underwear, but it can also be heavy, resulting in anemia. In people over 50 who have rectal bleeding, colonoscopy is necessary due to the suspicion of cancer.

The symptom of advanced disease is pain during bowel movements. It is caused by blood clots that stretch the rectal mucosa and cause inflammation. Pain is usually accompanied by swelling of the diseased area. A sick person may have a problem with sitting freely.

Degrees of development of hemorrhoidal disease

Often, due to the combination of both venous plexuses, they form a mixed form of internal and external varicose veins. What hemorrhoids look like depends on the severity of the disease. External hemorrhoids appear as red bumps that are hard to the touch.

There are four clinical grades in hemorrhoidal disease:

The hemorrhoidal disease has various clinical pictures; it develops in stages; there are periods of remissions and relapses. In the first stage, the symptoms are imperceptible to the patient. Mild itching is not bothersome yet. Discomfort begins when external hemorrhoids appear – then you may notice slight bleeding immediately after defecation. The last degree of the hemorrhoidal disease requires urgent medical attention, as vein thrombosis can develop.

Conservative treatment is, in most cases, the first step in the treatment of haemorrhoidal disease. If it brings improvement, the patient can avoid surgical treatment, which is at risk of complications.

Adequate diet and regular physical activity are crucial in the fight against hemorrhoids. The diet should be rich in high-fiber products to prevent constipation – whole grain bread, thick porridge and pasta, vegetables, and fruit. According to the studies, the consumption of fiber in the amount of 20-30 g/day reduces bleeding and itching intensity.

How to prevent hemorrhoids? In pharmacies, there are fiber preparations and paraffin with anti-constipation paraffin, which can be taken in 1-2 tablespoons a day. Do not forget about the proper hydration of the body – it is recommended to drink 1.5-2 liters of still water a day. It is contraindicated to eat hearty fatty foods, spicy spices, and alcohol.

Medicines for hemorrhoids can be found in tablets, ointments, creams, gels, and suppositories that have anti-inflammatory, drying, astringent, analgesic, and blood vessel sealing properties. These preparations relieve itching, pain, and burning. Many of them are available over the counter.

Suppositories for hemorrhoids are one of the most popular methods of treatment: they relieve the itching of the anus, have antibacterial properties, and improve blood flow. The benzocaine they contain has anesthetic properties. Studies confirm the effectiveness of suppositories with streptokinase, the use of which for five days reduced the pain and bleeding accompanying the prolapse of hemorrhoids.

Drugs taken by mouth include flavonoids, saponins, rutin, and horse chestnut extracts. They are effective in reducing bleeding and the loss of hemorrhoids. One of the drug components is micronized diosmin, the effectiveness of which has been proven in the acute and chronic phase of haemorrhoidal disease.

In the 1st and 2nd stages of the haemorrhoidal disease, sclerotherapy can be used as the main hemorrhoids treatment. An appropriately foamed drug is injected into the hemorrhoids, which in combination with carbon dioxide or other inert gas, eliminates them. Other methods of treating hemorrhoids include infrared coagulation, laser therapy, and cryotherapy (freezing). People also can use hemorrhoid cream.

Bleeding hemorrhoids and their troublesome symptoms can be minimized with home remedies. Good results are achieved by:

The main thing is washing with the use of a gentle, intimate hygiene liquid must not contain irritating substances such as SLS (Sodium Lauryl Sulfate). Preparations with aloe and panthenol have a soothing effect. After washing, the area around the anus should be thoroughly dried – do not rub it tightly with a towel, but gently apply it. Special gels for perineal care for hemorrhoids can be purchased at the pharmacy.

CBD – All People Should Know About It