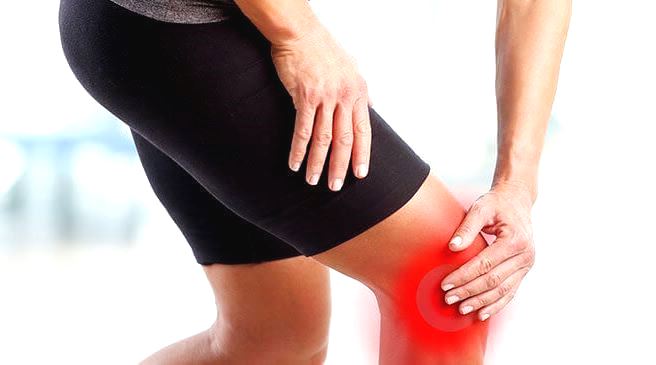 Rheumatoid arthritis is a chronic autoimmune disease of the connective tissue that manifests itself in non-specific symmetrical arthritis. About 1% of USA adults suffer from rheumatoid arthritis, and women are 2-3 times more likely to suffer from the disease than men. The greatest incidence of this disease is between the 4th and 5th decade of life.

The main causes of arthritis

The reasons for the development of rheumatoid arthritis are not obvious. It is one of the most complex autoimmune diseases. There are three groups of factors that influence the risk of development and the severity of a course:

The greatest role is assigned to genetic factors, the share of which in the development of RA is estimated at about 40-60%, but so far no single gene responsible for the increased risk of developing this disease has been detected. Potential genetic factors include: 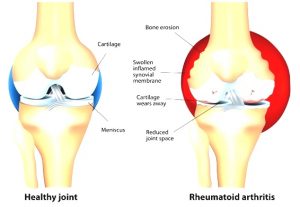 Smoking – not only increases the risk of the disease, but also affects the severity of its course, causing more frequent occurrence of extra-articular symptoms and lower susceptibility to pharmacotherapy,

Viral and bacterial infections are also believed to initiate the disease process in RA. Viruses that are believed to be a significant factor in causing rheumatoid arthritis include cytomegalovirus (CMV) and Epstein-Barr virus (EBV). EBV, in particular, is often found in throat swabs of people with RA.

The inflammatory process in the course of RA may also be caused by abnormal intestinal microflora, mainly by the presence of Mycoplasma. Studies of RA patients have shown that their gut flora differs significantly from the composition of the gut microbiome in healthy people. New research even shows that infections of the mouth with bacteria that cause periodontitis may play a role in the etiopathogenesis of RA.

Important factors that increase the risk of developing RA include disorders of the immune response, characteristic of all autoimmune diseases. T lymphocytes, which consider the body’s own antigens as foreign and try to fight them, play a special role in this process. B lymphocytes help in this process because they are responsible for the development and maintenance of the inflammatory process.

As a result, the body produces a large amount of autoantibodies, including RF, the presence of which is found in approximately 80% of RA patients. By producing a large amount of antibodies in autoimmune diseases, the body begins to destroy its own cells, in the case of RA, these are periarticular tissues.

In the initial stage of rheumatoid arthritis, the symptoms are not characteristic, which makes the diagnosis of rheumatoid arthritis in the early stages extremely difficult. The most characteristic initial symptoms are pain and swelling, usually in one small joint of the hands or feet – but at the beginning of the disease these symptoms occur in only 50% of patients. RA – initial symptoms:

The current classification criteria for rheumatoid arthritis allow for early diagnosis of the disease in the pre-erosive period and for determining the likelihood of the risk of erosive arthritis. Timely diagnosed RA allows for the implementation of effective modifying therapy and increasing the chances of achieving remission. 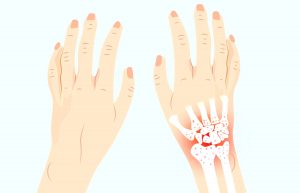 Since rheumatoid arthritis is a disease that leads to impairment of the musculoskeletal function, gradual deterioration of the quality of life, and disability, patients should be systematically monitored for the activity of this disease.

According to statistics, every fourth person suffering from rheumatoid arthritis requires surgical treatment due to the destruction of a large joint, usually the knee. On average, 50% of patients lose their ability to work after five years of illness. That is why properly conducted therapy is so important.

So far, no drug has been invented that could completely cure rheumatoid arthritis. The available pharmaceuticals inhibit the disease’s progression and, if initiated early enough, can quickly lead to remission and its long-term maintenance, or to a significant decrease in the activity of symptoms. Pharmacotherapy used in rheumatoid arthritis prevents the formation of irreversible changes in the joints as well as extra-articular and systemic complications.

There are three types of pharmacotherapy:

In order to avoid the negative effects of pharmacotherapy, treatment is supplemented with other methods that reduce the intensity of pain and swelling. The most commonly used physiotherapy treatments are: 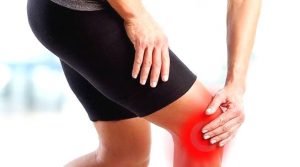 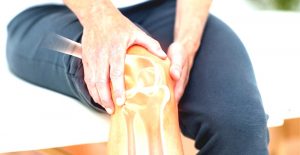 The most effective therapies for the treatment of rheumatological arthritis (according to patients) include: cryotherapy, ultrasound, and laser biostimulation. Local cryotherapy deserves special attention – as it has been proven in studies, it significantly reduces pain in the knee joints and improves the efficiency of walking.

Adequate nutrition in rheumatoid arthritis is just as important as medical treatment and rehabilitation. Anti-inflammatory diets with high levels of anti-inflammatory ingredients such as antioxidant vitamins, polyphenols and polyunsaturated fatty acids. A diet rich in these acids has a strong immunosuppressive effect.

To formulate the correct diet, you need to consult a dietitian and your doctor. these experts will help you form the correct diet and eliminate those ingredients that contribute to the development and progression of this disease. First of all, you need to make a diet of useful vitamins and minerals that are found in animal and plant foods. The only main condition is the absence of fatty, spicy foods, and excessive amounts of sweets. All this will negatively affect your body, so you need to safely exclude all harmful components from your daily diet.

The diets commonly used in the treatment of rheumatoid arthritis, which raise some controversy, include elimination diets, mainly gluten-free and lactose-free diets. Nutritionists and doctors point out that in some cases they can help, but this diet should not be introduced lightly – you must first carry out appropriate tests and tests for celiac disease, food intolerance, and food allergies.

Anemia Testing & Treatment – All You Need to Know About it